Flash forward to May 22, 2018, when Professor MacKinnon, the Elizabeth A. Long Professor of Law at the University of Michigan and James Barr Ames Visiting Professor at Harvard Law School,, presented a stark but hopeful assessment of women’s rights worldwide at the PLUS Foundation’s Women’s Leadership Network event, “Abusers and Accusers: How Women Leaders Are Changing the World.” She termed #MeToo “the largest movement against sexual abuse in the history of the world.”

Professor MacKinnon is a long-term visitor at Harvard Law School since 2009. She has visited at Yale Law School (she earned her law degree and Ph.D. in political science there), Stanford, Chicago, Basel, Hebrew University (Jerusalem)), Osgoode Hall (Toronto), Perth (Australia) and other law schools, taught political theory in Shanghai, and has been awarded writing fellowships at Cambridge, England, in Berlin, and at the Center for Advanced Study in the Behavioral Sciences, now at Stanford. From these vantage points, and as a practicing lawyer and activist, together with her work at the International Court of Criminal Justice at The Hague, Professor MacKinnon has not only seen progress toward equal treatment of men and women, but has led that progress. In 1986 a unanimous U.S. Supreme Court adopted, in Meritor Savings Bank v. Vinson, in which she was co-counsel, her then-novel theory that workplace sexual harassment can rise to the level of illegal sexual discrimination. Today, employment practices liability, including sexual harassment, is a major force in insurance marketplace and the legal profession.

Her advocacy and activism are not limited to the workplace. Professor MacKinnon’s prosecution as lead counsel in Kadic v. Karadzic, representing Bosnian survivors of Serbian victims of sexual atrocities, established that the use of systematic rape as a tool for destroying people is a form of genocide. She is a strong supporter on site in India with Apne Aap, an organization that protects women, some as young as ten years of age or even younger against being sold into, or to escape from, lives of prostitution. (She donated her PLUS honorarium to Apne Aap. For further information visit apneaap.org.) She pioneered the Nordic Model for abolishing prostitution—decriminalizing all people used in prostitution, and strongly criminalizing the sellers (pimps and traffickers) and the buyers. This approach is being adopted in other countries as well.

The sold-out event began with an interview I conducted with Professor MacKinnon to highlight some of her trailblazing achievements in advancing women’s rights and enhancing women’s lives, then shifted to insightful and varied questions from the audience. Audience questions included people in the news, such as former Minnesota Senator Al Franken and Stormy Daniels, and international issues.

Power was a unifying theme throughout the conversation. Professor MacKinnon recognized long ago that sexual harassment and abuse involve sexualizing the power of those in power, and who want to stay in power. When asked how those in power should help advance sex equality, she recommended two steps: to seriously listen to what women say, and to promote the many qualified women to positions now mainly occupied by men. She also advocates for transforming hierarchical models themselves, thus changing the definition of power in society.

During the reception that followed many attendees took the opportunity to talk individually or in small groups with Professor MacKinnon.

Clyde & Co hosted the event and reception. My firm, Kaufman Dolowich & Voluck, LLP, planned the event and worked extensively with Professor MacKinnon to develop the presentation. 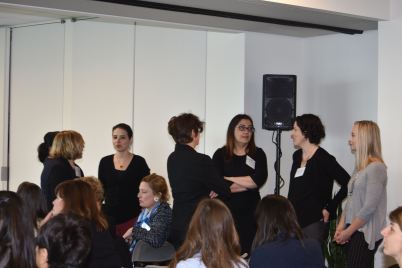 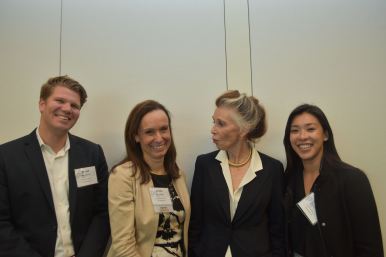 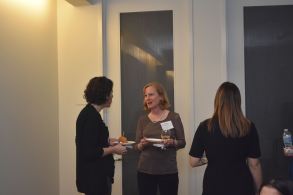 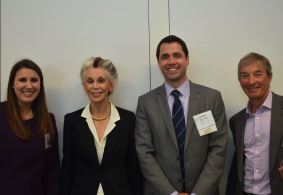 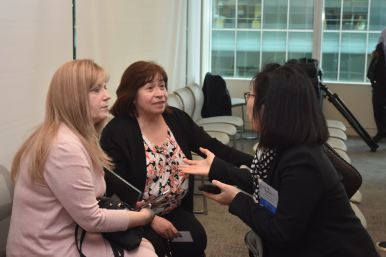 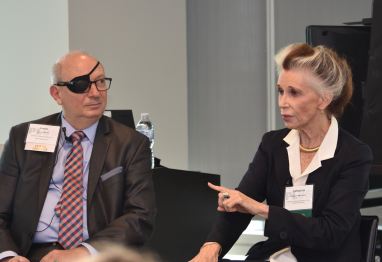 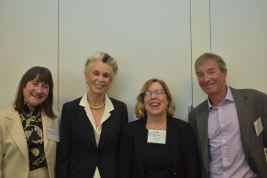 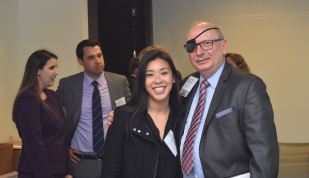 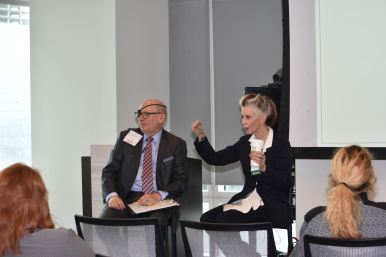 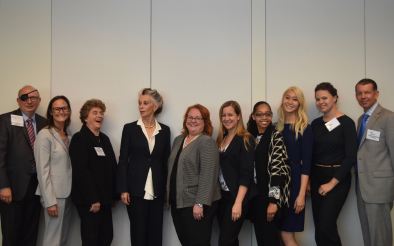 Here’s more from our interview with Internet Security Alliance president Larry Clinton from the 2018 PLUS Cyber Liability Symposium. In this clip he discusses what organizations should be doing to improve their network security today, how boards of directors can better address cyber risk, and what risk exposure worries him the most.

Don’t miss part 1 of our discussion with Larry Clinton.

Changing the Trajectory: Yourself, Your Workplace, and Your Legacy

Called by CBS “one of the most outspoken proponents for empowering women to control their financial lives,” Jennifer Openshaw, CEO of Girls With Impact and renowned expert as seen on Oprah, CNN and the Today Show, will educate and engage as she shares insights from Silicon Valley to Wall Street. You’ll leave inspired and armed personally and professionally as she addresses: Her journey from motel maid to Silicon Valley CEO to Oprah expert; Top 3 talent mistakes in the insurance industry; New Research: The ROI of Young Women on Teams; Building a legacy and corporate reputation with the Next Generation; The power of confidence and entrepreneurship in girls; and Three lessons to live by.